Clary Executive Benefits is an independent boutique firm specializing in nonqualified executive compensation and benefit planning. With over 30 years experience, we help leading corporate employers in achieving successful outcomes with their executive arrangements. 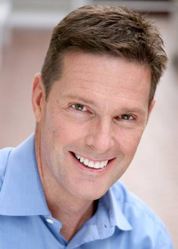 Jim Clary has over 30 years experience in the highly specialized field of executive benefits. As Founder of Clary Executive Benefits LLC, Jim consults with leading corporations on both strategic and tactical issues dealing with their nonqualified executive benefit planning. Jim has worked with companies ranging from the Fortune 10 companies to privately held enterprises. As an independent not tied to any particular provider or plan administrative platform, Jim serves as the client’s advocate to assist employers in selecting, hiring, and managing their nonqualified provider. He has a particular expertise in helping companies in the areas of nonqualified plan design, funding and benefit security.

In 1981, he entered the industry with Northwestern Mutual Life. In 1983, he joined industry pioneer John Todd in the Chicago office of the Todd Organization. When Mr. Todd retired three years later, Jim was named his successor. In 1993, he merged The Todd Organization of Chicago with Management Compensation Group – Chicago, and was named President and CEO.

In 2001, Jim merged MCG/Chicago with Mullin Consulting, and continued as President and CEO of the combined firm. Mullin Consulting joined forces with TBG Financial in 2006 to form MullinTBG, creating the nation’s largest independent executive benefits firm.   He served as President and co-head of the newly formed firm. In 2008, the firm was sold to the Retirement Services Division of Prudential.

During his tenure at MullinTBG under Prudential’s ownership, Jim served as the firm’s President, and as Prudential’s leading spokesman on nonqualified benefit issues. He also spent time in Washington, DC on behalf of MullinTBG and the industry, working through the political process. Jim retired from MullinTBG in April, 2013 to form Clary Executive Benefits.

Jim has served on the Board of Directors of the Association for Advanced Life Underwriting (AALU) and has chaired the Nonqualified Plan Issues Committee. He serves on the advisory board of MyNQDC.com, and is a member of various industry organizations.

Jim received a bachelor’s degree in finance from Western Illinois University (WIU) in 1979. He is currently a member of WIU Business School’s Advisory Board. In 2000, he was named the College of Business and Technology’s Outstanding Alumnus, and in 2007 he was selected as a WIU Distinguished Alumni Award recipient.

Jim serves on the Foundation Board of Directors for the Ann and Robert H Lurie Children’s Hospital of Chicago, and has served on numerous other civic and charitable boards. He resides in Scottsdale with his wife Sheila and daughter Erin.